me.losangeles was founded in 2019 by long time best friends and now business partners Hilda and Merdina.

Their friendship started in the very beginning of their medical careers while both on school rotations. The path was not without its challenges but always rewarding leading them both to their passion of owning a business based in aesthetic medicine.

Merdina, better know as Dina to her close friends and family, was in her final year of training in 2013 before heading off to start her journey as a MSPA-C ultimately leading her to where she is today; lead mid- level provider in the Emergency Department.

Hilda was in her fourth year of medical school in 2013 and on her way to start residency in Internal Medicine eventually becoming the medical director of her hospital group while still practicing inpatient adult medicine.

Upon meeting, Dina and Hilda quickly hit it off as two young fun-loving girls with similar interests in music (rap anyone?), dessert (chocolate cake all day) and fashion only to soon find out that both were born and raised in Eastern Europe which further strengthened their bond.

Hilda was born and raised in Romania which at the time was a very poor communist country not affording many opportunities to its people. Her parents made the selfless move to America without a penny to their names and only the dream to give their child the best life possible.

During the same time Dina was being raised in Bosnia through a period of a genocide war which forced her and her family to live in refugee camps for three years. When given the opportunity to move to the United States, her parents, also with no money, made the brave move to give their family a better life and a chance at making their dreams come true.

The girls remained close throughout the rest of their training and major life events always discussing their love of business and aesthetics at weekend brunches between secrets and gossip of their love lives until the perfect opportunity presented itself. They both found themselves at the peak of their careers in the hospital and excited to finally start on the new venture and chapter in life they’d always dreamed of. In 2019 me.losangeles was born from years upon years of hard work and determination.

me.losangeles has slowly but steadily grown and expanded throughout the past 2 years as the girls continued to dream their way through life and apply themselves ambitiously. They are now functioning with several highly qualified, experienced and licensed Registered nurses throughout Southern California in the concierge setting as well as in various wellness centers bringing their innovative IV therapies created with pharmacists on board to people who need them most.

What is IV Therapy?

IV therapy is a treatment that delivers a variety of vitamins and minerals straight to the bloodstream through a needle. You are likely familiar with the concept of IV therapy if you have ever seen an IV drip in a hospital. The principle is the same, but the goal is slightly different.

IV therapy can help reverse nutrient deficiencies and relieve symptoms related to a variety of conditions, from migraines to nausea and the cold or flu. IV therapy can be customized to address specific issues like nausea or pain with the addition of medication, making it a highly versatile way to relieve multiple symptoms.

VITAMINS AND MINERALS YOU CAN GET THROUGH AN IV

VITAMIN B COMPLEX – Vitamin B complex, including vitamin B12, plays a role in multiple bodily functions like blood sugar control, metabolism and the production of energy. It can help you feel refreshed and revitalized whether you’re sick, hungover or just feel under the weather.

B complex may also help prevent migraines or stop them more quickly once they’ve started. B12 can even help reduce symptoms of depression and anxiety caused by a deficiency in this vitamin.

Vitamin C – is essential for good health. Your bones, blood vessels and skin all need vitamin C to stay healthy, and it is a powerful antioxidant as well. Vitamin C intake is especially critical when you are sick or feeling like you’re about to come down with something, as it supports healthy immune system function. When you are deficient in vitamin C, it’s easier to get sick and stay sick for longer.

VITAMINS AND MINERALS YOU CAN GET THROUGH AN IV

GLUTATHIONE – is an antioxidant with several functions in the body. This compound is essential in:

Zinc – has many jobs in keeping you healthy. It can help keep skin healthy and even assist in the healing of wounds. Zinc also supports the immune system by activating T cells and can even treat the common cold. Multiple studies have shown that taking zinc as soon as possible after the onset of a cold can reduce the duration of the illness by up to 40% in otherwise healthy individuals.

HOW DOES IV THERAPY WORK?

IV therapy works by delivering vitamins and minerals into the bloodstream through a drip. The infusion therapy is available in a medical office under medical supervision.

The process includes an interview that helps the administering professional understand your medical history. There is a short physical exam that involves taking your vital signs and performing an assessment and speaking with the physician on call for a good faith exam.

During an IV vitamin treatment, you get a liquid mixture of saline along with vitamins and minerals. The professional administering the drip will need to find and access a vein to secure the needle. It can sometimes be difficult to achieve this if you are dehydrated, so a trained expert such as a Registered Nurse (RN) should administer the drip.

Once the needle is secured, a tube is connected and delivers the solution from the drip bag into the bloodstream. The administering professional will monitor your infusion to make sure the IV drip is flowing at the correct rate. The whole process typically takes anywhere from 30 minutes to an hour.

While the Myers’ Cocktail is an excellent option for anyone, you can customize your IV package to suit specific needs. For example, if you only need hydration but happen to know that you’re deficient in vitamin B12, you can request a B12 add-in to your Lactated Ringer infusion. Add-ins can also address temporary symptoms like allergies and nausea in addition to providing invigorating vitamins and minerals.

The human body is composed of up to 60% water, yet an astonishing number of Americans suffer from chronic dehydration. Getting enough water isn’t always easy, and if you’re sweating it away frequently, it’s even harder to stay hydrated. The saline present in all IV therapy packages can allow you to experience what optimal hydration feels like.

One of the best features of IV therapy is that its effects set in very quickly. Many people begin to feel more energized and alert within minutes of treatment. Compared to taking medication or trying to get hydrated by drinking water, intravenous therapy has almost immediate benefits. If you need to feel better fast, you’ll find no better option than IV therapy.

IV therapy fast and convenient. The process requires little activity from you besides answering a few questions and holding out your arm. If you’re feeling terrible due to a hangover or an illness, it’s great not to have to work hard to feel better.

For Hangovers, motion sickness and dehydration.

Can quickly restore vitamins the body is lacking —31% of Americans have at lease one vitamin deficiency.

Can restore hydration and relieve nausea and fatigue experienced during altitude changes.

How long do the effects last?

It depends on the individual, but many people report feeling tangible effects as long as three or four days after receiving the treatment.

How often should you get an IV?

This varies according to what your needs are, and should be discussed with the RN who administers your IV. A lot of people who set up routine IV therapy treatments choose once a week to once a month.

What are the side effects?

Side effects are quite rare with IV therapy, and they are usually minor. The most common is a little bit of bruising and soreness in the injection area. Other side effects include a cool feeling in the arm and feeling flushed.

Are there age requirements?

Patients must be at least 17 years of age and weigh 100 or more pounds to receive treatment.

The RN inserts a needle into the arm, but the level of pain is usually described as a small pinch. The pain should not continue after the needle is 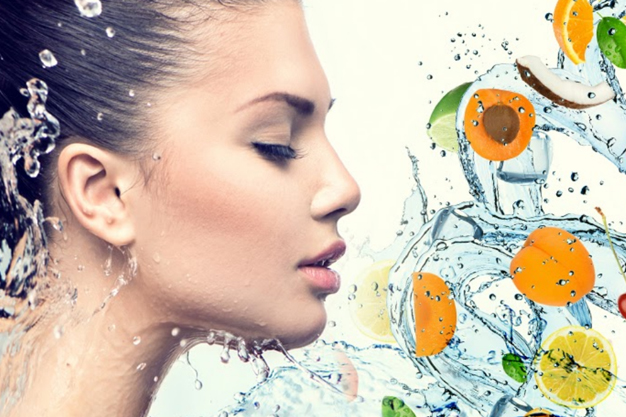